Home » Sex and Gender Identity: Differences To Know About As An Ally

You may have gender study experts and academics talk about sex and gender identityDenoting a person who does not have a fixed gender. Someone ... More. Do they sound like they are the same? For most people, the two terms are synonymous. But you’ll be surprised to learn that these two terms are different from each other.

On one hand, there’s a massive difference in opinions about Trans Bill 2014 in India. On the other hand, influential people like JK Rowling have openly shown transphobiaHatred, hostility or contempt of trans people that can resul... More. Perhaps, it’s time to learn about the differences so you can be respectful towards people who have been forced to stay invisible for a long time.

Differences Between Sex and Gender Identity

Society has built a structure for us, dictating that a person is either born a boy or a girl. Thankfully, in India, people of the “third gender” have some visibility, too, from the streets to the media. But sex and gender identity are way beyond what’s written on your birthAlso known as childbirth or labor, birth is the process by w... More certificate.

Before you dig deeper into the subject, the first thing you need to know about is sex and gender difference.

Sex is a label assigned at birth by the doctor. Based on the genitals, hormones, chromosomes, and other biological factors, they are typically considered male or female. So biologically, there are only two sex options.

If the baby’s sexual and reproductive anatomy does not match the “male” or “female” definitions, the baby is considered “intersex”. It’s best not to use the term “biological sex”. Instead, using “assigned male/female at birth” is a better option.

This suggests that this label has been given by someone else who is making the decision on behalf of the baby. This decision doesn’t necessarily align with the person’s body or sense of identity. The process of developing factors that determine sex starts as early as the fertilisation stage.

Gender is a more complex concept that includes the social and legal status based on the sex of the person. It also involves society’s expectations regarding how a person behaves, thinks, or even feels! Every culture has its own standards and gender roles.

Gender is also primarily about being male or female. However, it differs from sex because it is not about physical parts, biological factors, or chromosomes. It is about your place in society and your behaviours – based on your sex.

Your assigned sex at birth and/or your gender may not necessarily align with how you feel about yourself. You may think in a way that doesn’t conform to gender roles. At the same time, you may also behave or clothe yourself in a non-conforming manner – and it may be different from identity.

For instance, you may be assigned male at birth, identify as a non-binary person, and present as a woman. This is called gender expressionThe ways in which a person expresses their gender identity, ... More. So gender identity is someone’s internal sense of identity. So, “male” and “female” are the two ends of the gender spectrum, and there are several other shades in between.

Misunderstandings Regarding Sex and Gender Identity

For Indians, the word that must not be said is “S-E-X”. Interestingly, this has not always been the case, as the mythological tales traditionally prevalent in India have transgender attributes, gender variance elements, intersexRefers to people who are biologically somewhere in the middl... More characters, androgynousHaving both masculine and feminine characteristics. Androgyn... More beings, etc.

It was not until the British enforced Colonial laws in India that the legacy of the anti-LGBTQ approach began. Since then, we have stopped talking about gender, sex, gender identity, and expressions. The biggest mistake you can make is to think that gender and sex are the same.

On top of that, you may even have no idea about gender identity, sexualityA person’s identity in relation to their sexual desires an... More, or gender expression. From biology to social and legal status, from self-acceptance to self-expression – there are many aspects associated with each of these terms, which most people don’t know.

The lack of information, coupled with the disinterest and shame associated with the subject, prevents people from talking about their own reality and desire for a new identity to finally feel happy in their skin. It also prevents others from developing sensitivity and empathy towards trans people’s struggles.

You may not know this, but your best friend or your favourite cousin might be struggling silently while you crack transphobic jokes or use transphobic slurs around them! Many people struggle to identify their own internal dichotomy and need more clarity, which can only come from learning about these subjects.

How To Be A Good Ally

As a queerAn umbrella term used by some LGBTQ+ people to describe them... More ally, try to use your privilege as a cis-gendered person to educate others around you about sex and gender identity. To show your support, refrain from generalising people based on your “bookish” knowledge or assumptions. Instead, respect their experiences, gender identity and expression, and choice of pronouns and names. 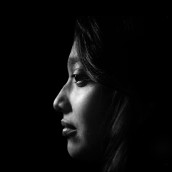