Home » Sex Education – The Need of the Hour

East India Comedy’s video titled “Sex Education in India” recently resurfaced on my
YouTube recommendations. A 7-year-old video with approximately 10 million views and
still counting, yet it isn’t one bit obsolete even today. The video presents a satirical take on
the much-sheltered topic of “Sex Education.” It follows a quintessential classroom scene,
where in the teacher shies away from blatantly talking about sex and constantly beats about
the bush. He entirely ignores the girls in his class and views them as brides who have the sole
duty of tending to their children. As bizarre as it may sound, this is the grim reality of sex
education in a progressive country like India, or rather it’s lack thereof.

We live in a country where sex education has become synonymous with shame, self-pleasure
is a hush hush topic, sex is in the realm of forbidden words and rape seems to get more
attention than valuable sex education. It seems to be a crime to understand the basic
biological changes that our bodies undergo. There is a myriad of distorted information
available at the click of a button, and yet it hardly throws light on more pertinent issues like
gender equality, sexual abuse, sexual violence.

The Way Forward:
1. Internet to the Rescue:
Employing the internet in providing a comprehensive sex education could prove
effective. The world saw an approximate 74% increase in internet usage over the past
2 years and currently has 624 million users in India alone. In a society where sex is a
taboo, learning about sex education privately online can often be the solution. Further,
the share ability of this content increase its reach.

2. The Dutch Way:
Start early even as early as play school.  The conversations can simply be about
understanding body parts, good touch, and bad touch. This could be the perfect
opportunity to normalise conversations around sex and foster a healthy attitude
towards it. When children and young adults view sex and sexualityA person’s identity in relation to their sexual desires an... More as a normal
human process, they are less likely to fall victim to false information. Further studies
show that starting conversations from a young age can also help decrease cases of
sexual abuse.

The Netherlands introduced a comprehensive sex education curriculum in 2012. They
began teaching children as young as four years old about sex and sexuality. The
conversations are not explicitly about sexual acts, rather are related to loveLove is a feeling of closeness, intimacy, affection, or gene... More, respect,
and intimacyIntimacy refers to a close bond between loved ones. It can b... More. It has been structured in such a way that it introduces children to
different aspects of sexual healthSexual health or Sexual wellness refers to the physiological... More each year. As a result, the Netherlands has one of
the lowest rates of teenage pregnancies and STDs. It is also among the top 5 most
gender equal countries.

So, let’s take sex education beyond “that” chapter of our biology textbooks and learn it in its
true sense. Making use of the internet, starting as early as kindergarten, and introducing peer
led sex education will improve dialogue between all the stakeholders and help break the
stigma attached to it. After all, Sex is not a stigma, ignorance is. 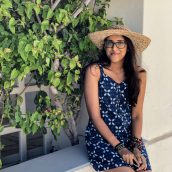 I'm passionate about writing as it enables me to express my thoughts more coherently. I consider writing to be an outlet of emotions and feelings.

We interviewed someone who had received formal sex education in one of the best schools in Delhi and here’s what he had to say….