Are female orgasmsIt is a state of deepest sexual pleasure during which the bo... a myth?

Nah. Is sex all about orgasms? No, not really. For many, sex ultimately means experiencing an orgasmIt is a state of deepest sexual pleasure during which the bo.... But the human body has a process of 4 phases when it is sexually aroused and stimulated. Orgasm is not it. When a person is sexually aroused and indulges in stimulating sexual activities like masturbationStimulation of genital areas by rubbing, touching, fingering... or sex, they experience a sequence of emotional and physical changes. This is called the sexual response cycleIt is the pattern of physiologic events occurring during sex... and a part of it is the orgasm. The human sexual response varies for different genders and here, we’ll focus on understanding how the female sexual response cycle works. Let’s explore what happens when our bodies are explored!

There are four phases of the sexual response cycle. They are excitement, plateau, orgasm and resolution. Bodies undergo various different sensations and changes. Let’s find out what really happens.

The first stage of excitement or arousal is as cute as flirting with a teenage crushA crush can be described as when someone has a powerful, oft... over SMS. Gone are those days, but you can still experience sexual excitementSexual arousal occurs through sexual stimulation of genitals... with or without your partner. It can occur for a few minutes or hours. Your muscle tension increases, breathing accelerates and your heartbeat quickens. Your nipples become hard and erect, your breasts become fuller and external genitalia like labia and vaginal lips may start to swell up as blood flow to the genitals increases. Your skin may get flushed and the vaginaThe vagina is a flexible and muscular reproductive organ in ... starts to get lubricated. For men, the penisThe penis is the most common reproductive and excretory orga... becomes erect, testicles swell and the scrotum tightens. There might also be lubrication of the genitals.

This phase of plateau extends to the brink of the orgasm. The body goes all out and enjoys every bit of it. The reactions of the first stage intensify. Breathing and heartbeat continue to increase, muscle tension increases and increased blood flow of genitalia leads to full or stronger erectionAn erection may happen at random times for no reason when th... and tightening of testicles. As more blood flows to the vagina, it changes colour to a dark purple. Muscle spasms may occur in the hands, feet or face. The dopamine levels increase and the clitorisThe clitoris is the epitome of sexual arousal. It is the poi... may become sensitive and retract within the clitoral hood. The vaginal opening may also get smaller.

Ah! The famed orgasm. Technically, the shortest phase that lasts for only seconds, orgasm involves involuntary spasms and contraction of muscles, contraction of the vaginal, pelvic, and uterus muscles, high blood pressure and heart rate, a sudden release of tension, a release of feel-good endorphins and a flush all over the body. They are considered the climax of the response cycle and tends to be quite pleasurable. Go and get yours, girl!

Don’t go thinking you’re done when the orgasm ends. This is the stretch you need after a long workout. When the muscles start to relax, you reach the resolution stage. The body gradually returns to its usual level of functioning throughout resolution, and swollen and erect body parts revert to their original size and colour. This phase includes a calming sense, maybe fatigue and drowsiness. This phase is marked by enhanced intimacyIntimacy refers to a close bond between loved ones. It can b... and calmness. With further sexual stimulation, some women can return to the climax phase quickly and have many orgasms. Men require a refractory periodPeriods are commonly known as “mensuration”. This is the... following orgasm, during which they are unable to achieve orgasm again. The length of the refractory period varies between men and normally grows longer as they get older.

When it comes to sex, it is not necessary that the intensity of each phase of the female sexual response cycle may be the same for partners or even the time spent going through the phases. It is unlikely that partners will orgasm at the same time. Sexual partners should respect the desires and the responses of each other. They should pay attention to their partners and explore and understand each other’s bodies, the changes that occur physically and mentally for an improved and enhanced sexual experience. What do you think is the most pleasurable part of the sexual response cycle? Tell us your thoughts. 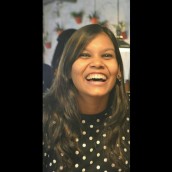 Are you Sex Positive?